Gestüt Grönwohldhof, June 1981. The horse breeder Otto Gärtner returned to Grönwohldhof a second time to breed his black mare Ninette to the black stallion Donnerwetter. Nature had played a trick on Gärtner the first time he came. Instead of a black foal, a chestnut foal had been conceived which now pranced out of the transporter alongside his dam and immediately drew attention. 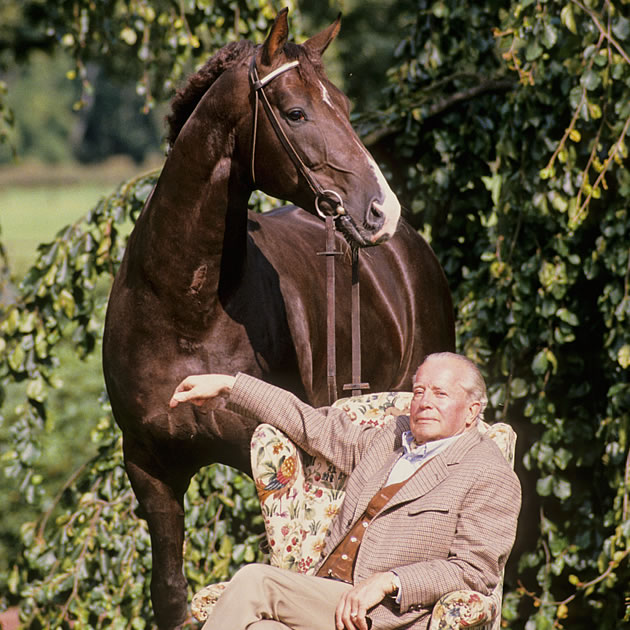 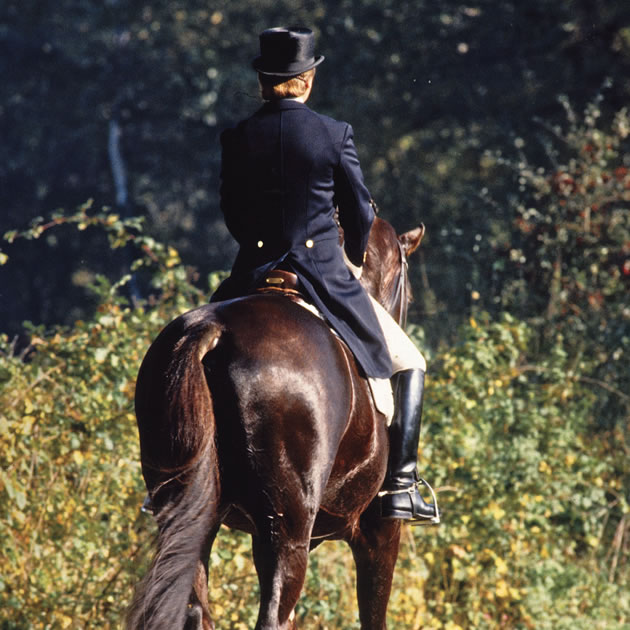 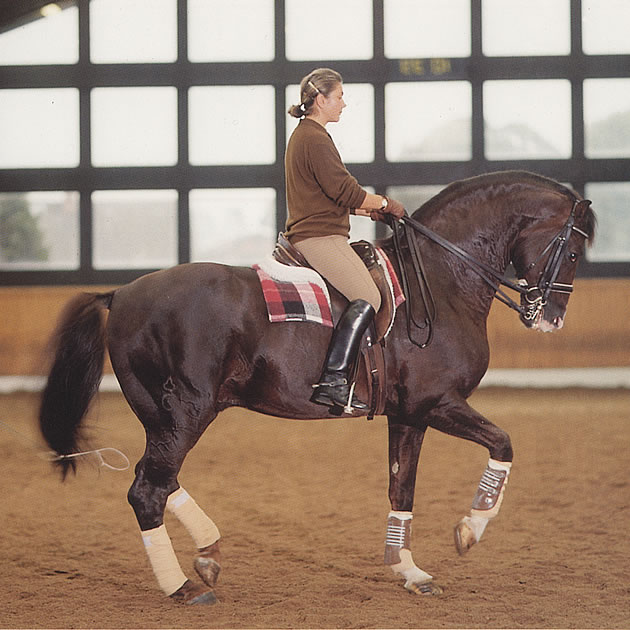 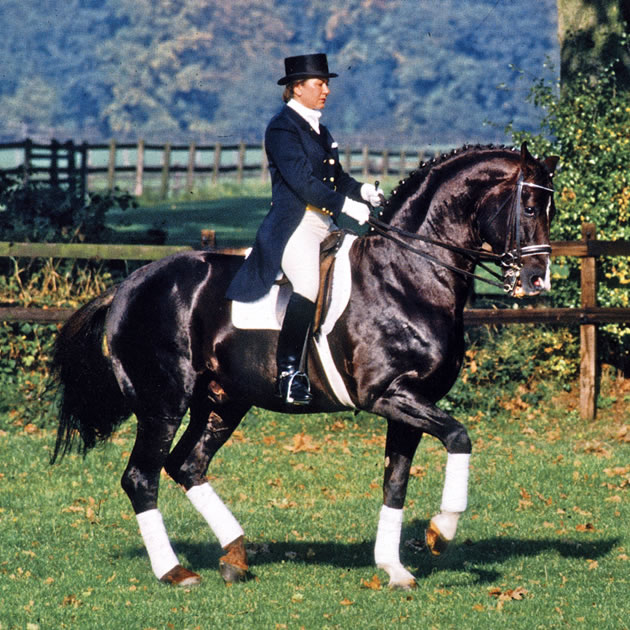 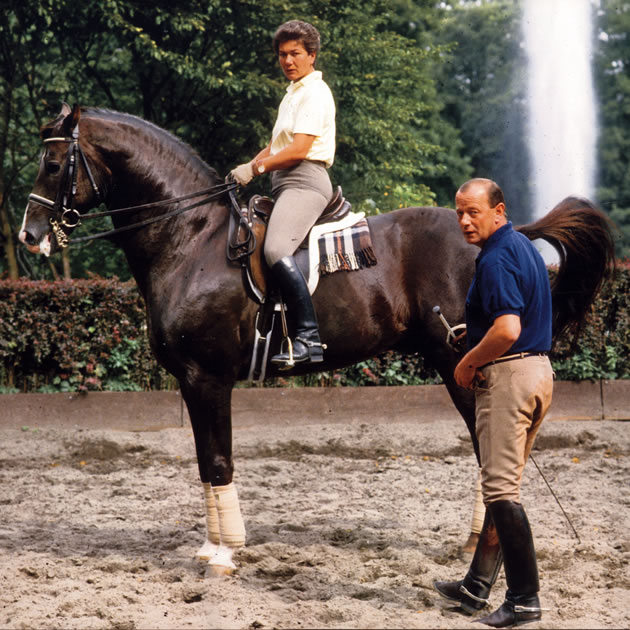 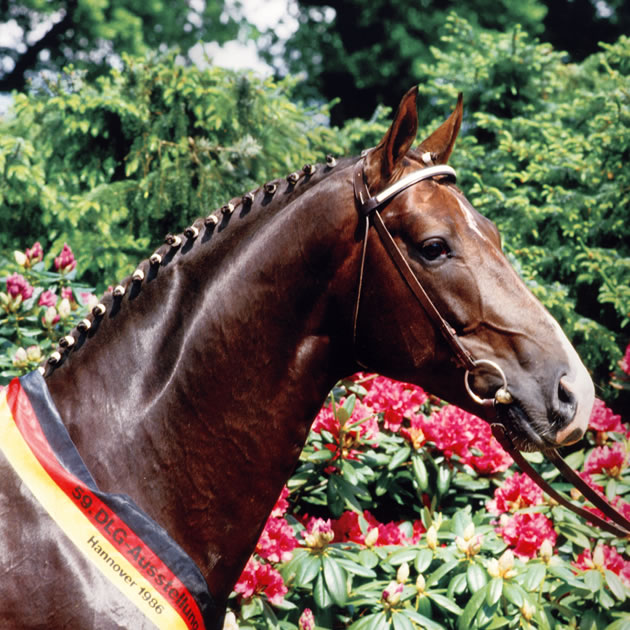 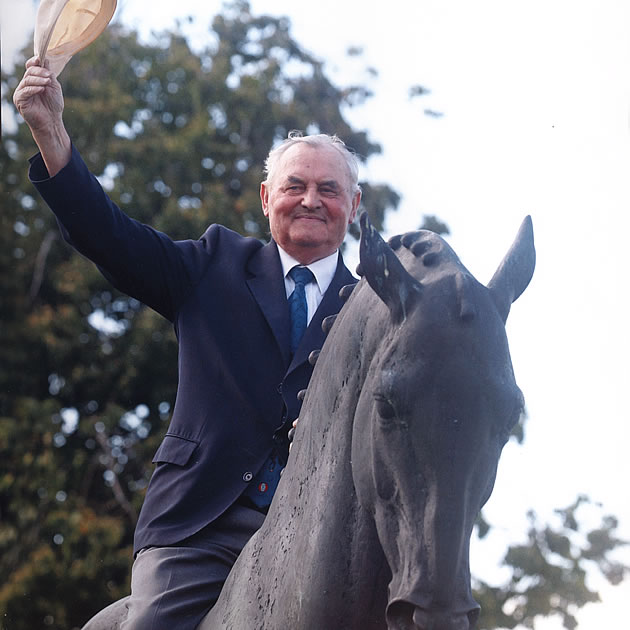 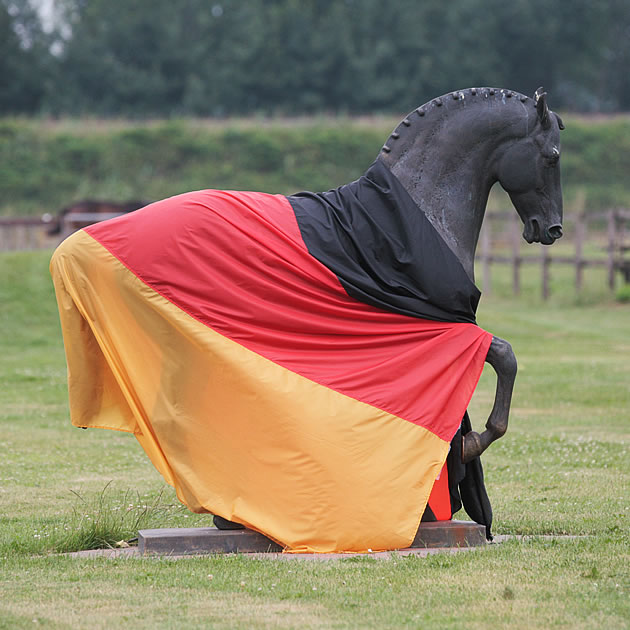 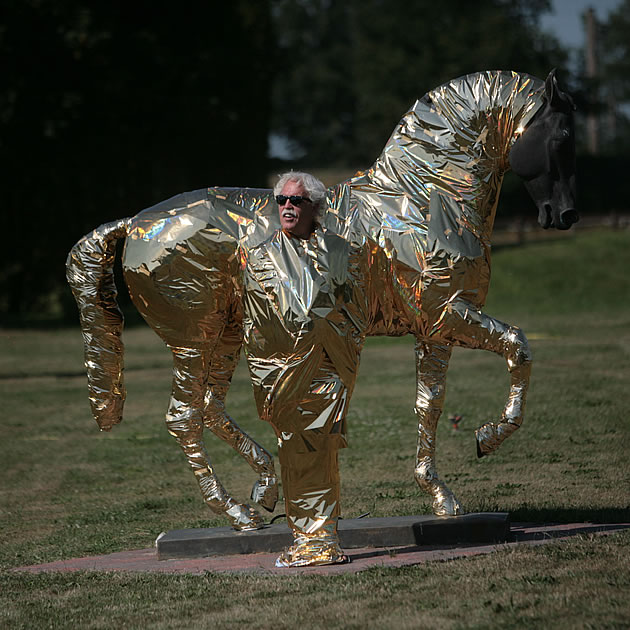 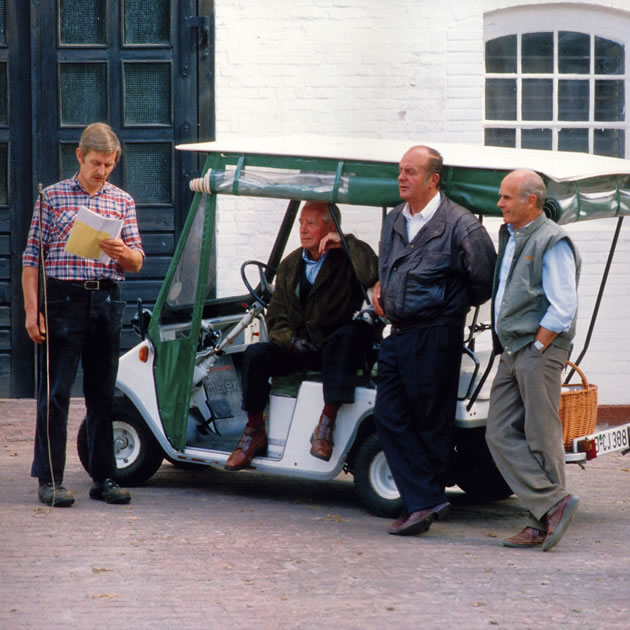 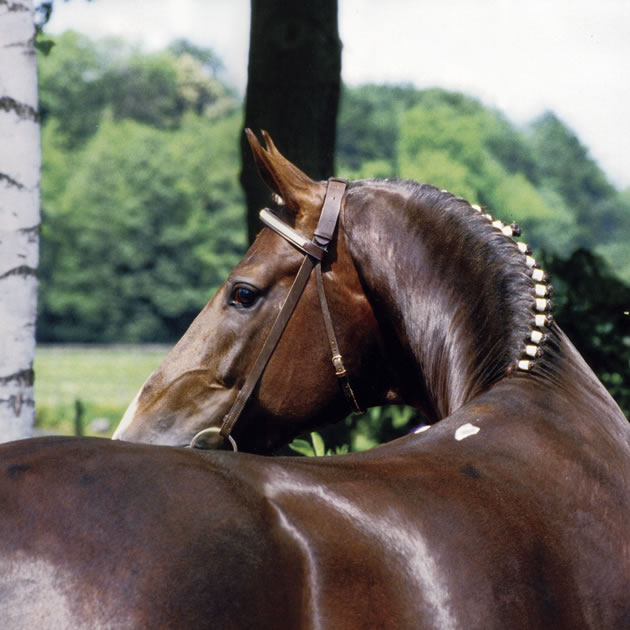 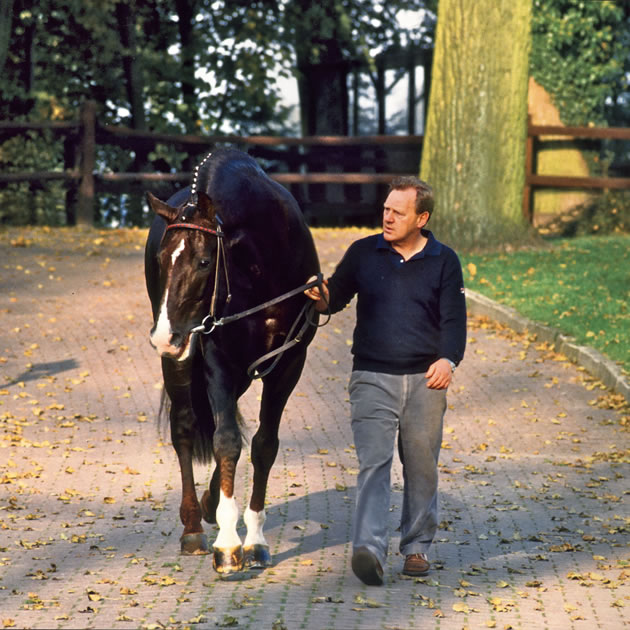 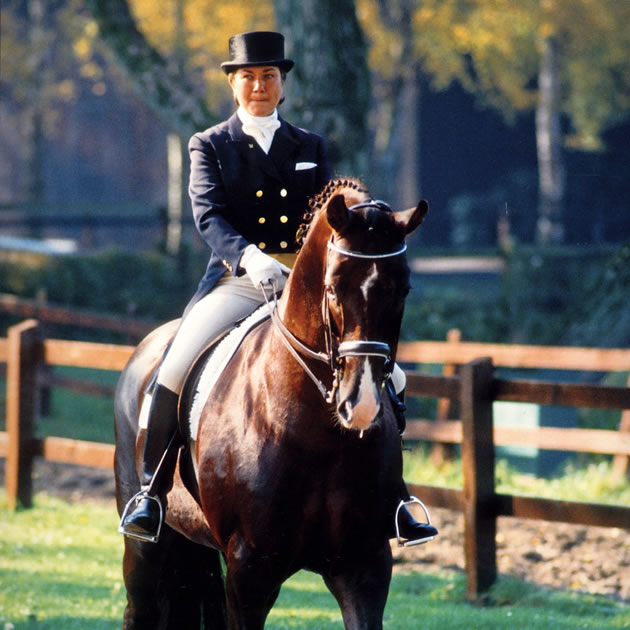 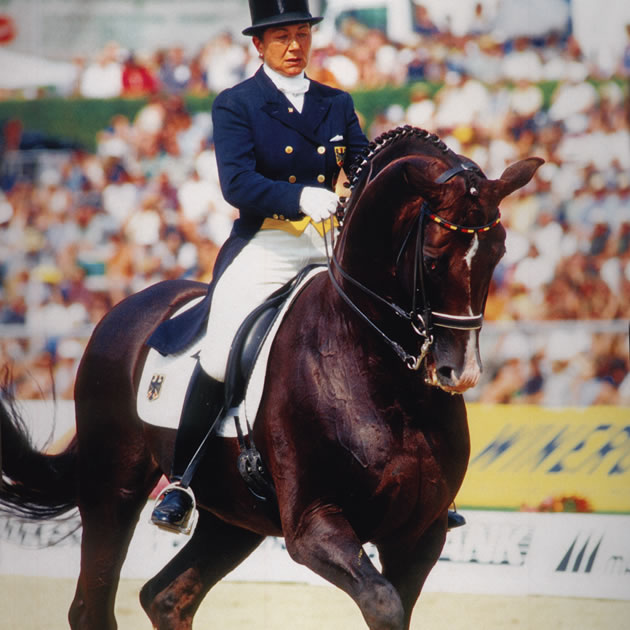 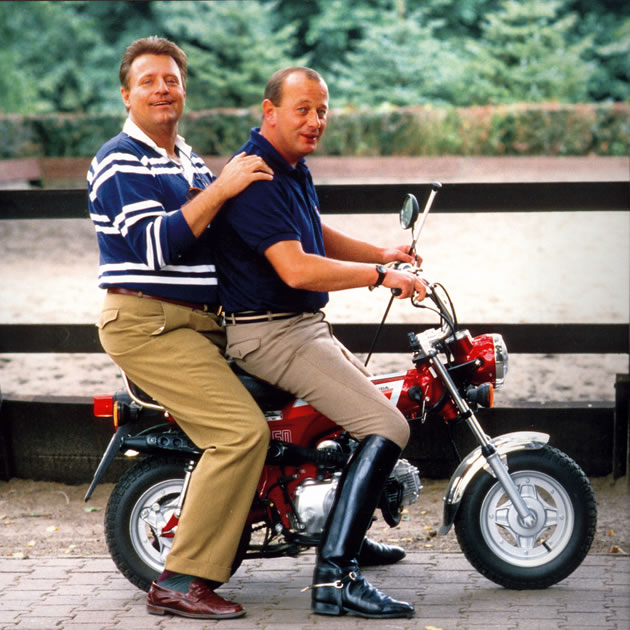 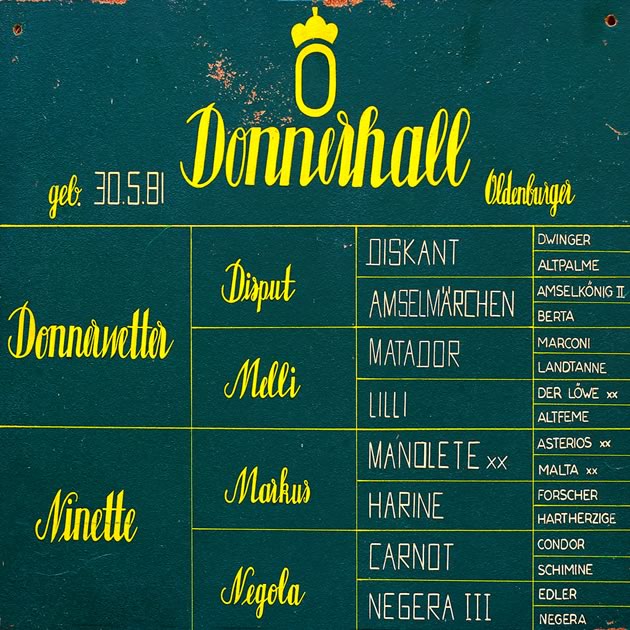 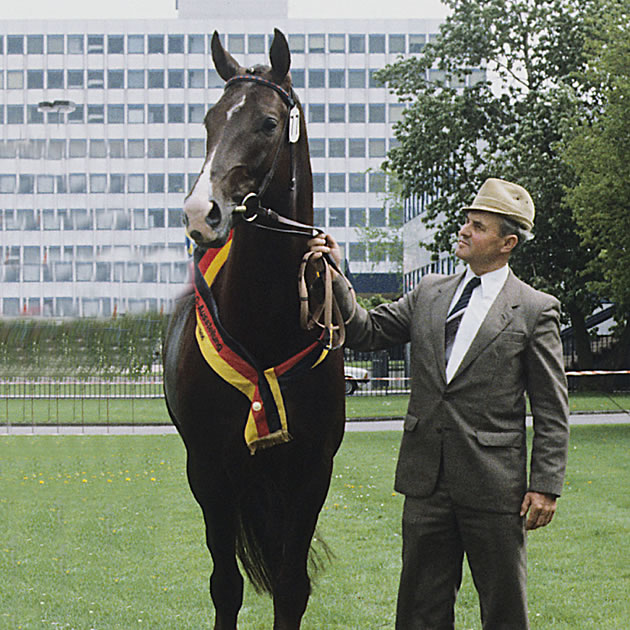 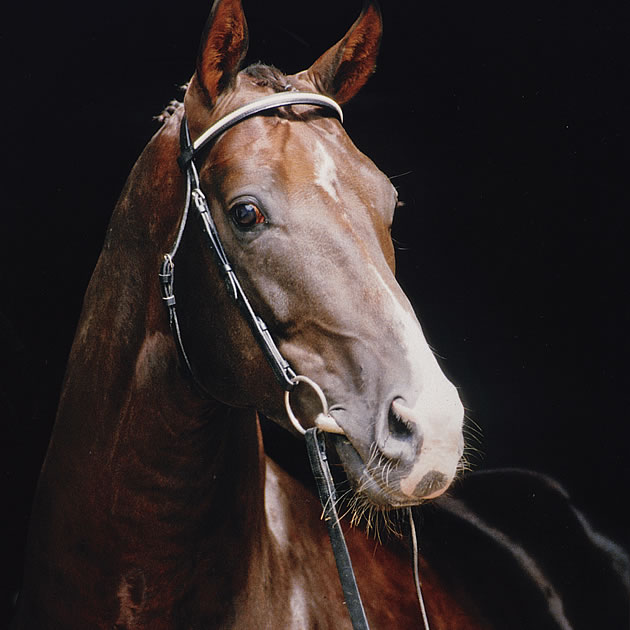 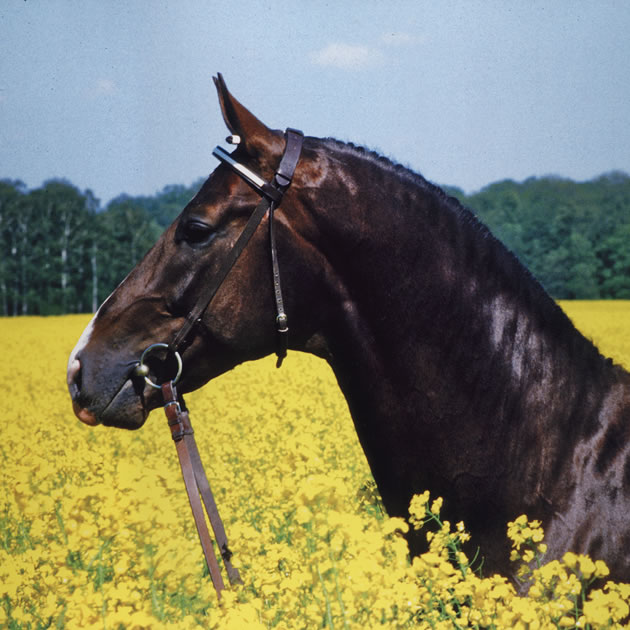 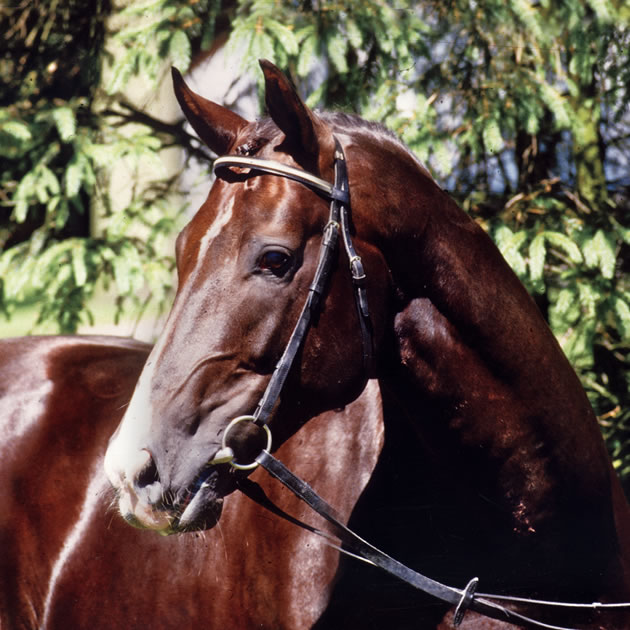 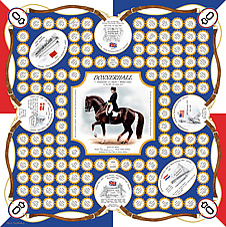 The Scarf dedicated to
the Stallion - show details 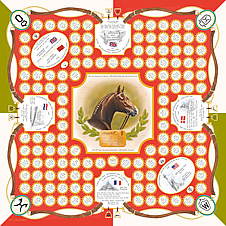 The Scarf of Champions
show details
We would like to especially thank the photographer Bernd Eylers, “The Eye”, who even allowed us access to unpublished photographs of Donnerhall.

“Go get the boss! He’s just got to see this foal!” The manager of the Gestüt, Werner Stahl, and the veterinarian, Dr. Schulze, were so impressed by this lively chestnut colt that they sent for their boss. Otto Schulte-Frohlinde was not just impressed, he was swept off his feet. Ulrike Walderdorff’s father had a very reliable instinct when it came to horses. He didn’t hesitate a second and immediately purchased Otto Gärtner’s young colt, sealing the deal with a handshake. At that time, no one had any idea how far-reaching this decision would turn out to be. A fateful encounter – Donnerhall, as the colt was later named, was raised at Grönwoldhof, owned by the unforgotten Otto Schulte-Frohlinde.

Successful in breeding and sport. Donnerhall’s unbelievable career in breeding and sport began in a rather unspectacular manner. In 1983, at the Oldenburg licensing, the dark chestnut colt with the perfect blaze didn’t always receive the best scores but he was licensed. It might have been easier for him had he been black. But a year later he took his stallion performance test in Adelheidsdorf which he finished as the Reserve Champion with exactly 131.92 points. With that, the foundation stone for his career had been laid and there were certainly no doubts about his outstanding rideability.

One stallion, two master teachers. A horse can be extremely talented but he still needs someone to make something out of him. Herbert and Karin Rehbein, who both worked for Otto Schulte-Frohlinde at Grönwohldhof, were sure that the dark chestnut stallion was not only extremely talented but also willing to perform and simply predestined for a career in international dressage rings. The year 1986 became a milestone in a career that now only knew one direction. Donnerhall took the Champion Stallion title at the DLG trade fair in Hanover. Karin Rehbein then astounded the audience by letting him dance in the dressage ring, showing them that the stallion had rhythm in his blood. The spectators immediately fell in love with the new dream team.

Karin Rehbein and her “Donni” quickly conquered upper level dressage rings and established themselves at the very top of the ladder. They won and placed among the best in international Grand Prix, Grand Prix Special and Grand Prix Freestyles.

A trademark stallion who became a legend during his lifetime. Can an outstanding athlete also be an exceptional breeding stallion at the same time? For Donnerhall, having two such careers was never a problem. In 1994, already the sire of licensed sons, highly decorated daughters and countless sport horses, he returned from the World Championships in Den Haag with team gold and individual bronze which he won after an impressive freestyle. The European Championships in Verden followed in 1997. Here as well, Karin Rehbein and Donnerhall again took team gold and individual bronze. At the World Championships in 1998, the 17-year old stallion and Karin Rehbein were again on the gold winning team and finished 4th individually. That same year Donnerhall was retired from big time sport in Vechta in a special celebration held by the Oldenburg Verband and enjoyed the attention of spectators one last time, surrounded by some of his licensed sons. Donnerhall remained at Grönwohldhof, spending his retired days as a breeding stallion. He died on January 14, 2002 – much too early – due to acute colic. Donnerhall was mourned not only by Grönwohldhof but also the Oldenburg Verband since he had helped to spread the Oldenburg brand all over the world and by all those, who feel a close affinity with equestrian sport.